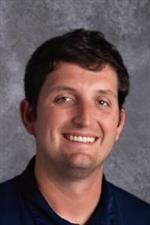 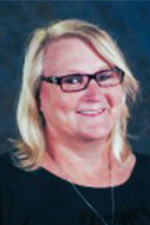 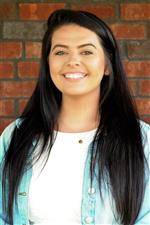 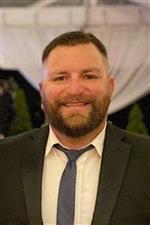 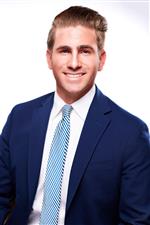 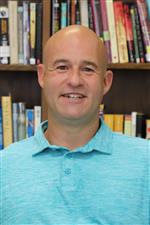 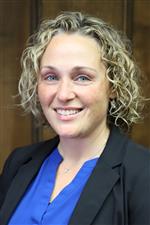 Assistant Principal Matt Palmer is relocating from Oakridge Middle School to Crowders Creek Elementary after three years at Oakridge. He is filling a new position created to address enrollment growth at Crowders Creek. He previously served CSD as an assistant principal at the Clover High School Ninth Grade Campus and as a physical education teacher at Clover Middle School. Prior to joining CSD, he taught PE at Meadow Glen Middle School in Lexington and Forest Lake Elementary in Columbia. Palmer holds two degrees from the University of South Carolina–a bachelor’s degree in physical education and a master’s degree in educational administration.

Lia McKay joins the Oakridge Middle School staff to fill the assistant principal position vacated by the transfer of Palmer. McKay joins the district from Northside Elementary in Rock Hill, where she has served since July 2020. Prior to that, she was the compliance monitor for Exceptional Student Education, also in Rock Hill. She was a special education teacher in Rock Hill for 12 years and spent another three years as a social worker and project manager in other community agencies. McKay holds four master’s degrees. The first is in public administration and the second in social work from the University of South Carolina. The third is in special education from Grand Canyon University. The final degree is in educational leadership from Winthrop University.

Amanda White joins the Clover School District as an assistant principal at Kinard Elementary. She is filling the position vacated by Tamara Ceaser. White comes to CSD from the Kershaw Virtual Academy, where she taught third and fourth grades. Previously, she taught first and third grades at Jackson Elementary in Camden and Shaw Heights Elementary in Sumter. She gained administrative experience as an administrator for summer reading camps in Kershaw County. White holds gifted and talented certification from Converse College and a master’s degree in educational leadership from Queens University.

Zach Snyder joins Clover High School as an Assistant Principal where part of his role will be as the Dean of Virtual Programs. He replaces Andrew Jones, who left CSD last year. Snyder has served as an assistant principal at York Comprehensive High School since 2016. He spent 11 years as a social studies teacher and coach at York Comprehensive High School, South Pointe High School and Northwestern High School. Snyder holds a bachelor’s of science degree in social studies education from Charleston Southern University and a master’s degree in educational leadership from the American College of Education.

Will Dyer will serve as the new assistant principal at the Clover High School Ninth Grade Campus. He replaces Ann Love, who retired from CSD. Dyer has previously held high school assistant principal positions with CSD at the Virtual Academy and Blue Eagle Academy. He was an assistant principal in the Riverton Community Unit School District in Illinois and a summer school principal in the Springfield Public Schools, also in Illinois, prior to joining CSD. Dyer began his career as an English Language Arts teacher in Illinois and Arizona. Dyer holds a bachelor’s degree in secondary education and a master’s degree in educational leadership from Arizona State University. He holds an educational specialist degree from Winthrop University.

Stephanie Knott joins CSD in the new role of Director of Marketing. She comes to the district after serving as the Coordinator of Communication Strategy and Planning for Loudoun County Public Schools in Ashburn, Va., for the last seven years. She also spent three years in Loudoun as a personnel specialist. Prior to working in Loudoun, she was the Assistant to the Superintendent for Community Relations with the Chapel Hill-Carrboro City Schools and the Director of Planning and Data Services with Gaston County Schools. She spent an additional 10 years in the classroom as a high school English teacher. Knott holds a bachelor’s degree in broadcast journalism from Marshall University in Huntington, W.Va., and a master’s degree in English education from the University of North Carolina at Charlotte.

Dr. Andrew Cather has been promoted to Dean of Students at Clover Virtual Academy and Blue Eagle Academy. Cather has previously served as an English teacher at both the Clover Virtual Academy and Clover High School Ninth Grade Campus. He has experience teaching at the college level, co-teaching an online reading course at the University of North Carolina at Charlotte and serving as an adjunct professor at the Lincolnton Branch of Gaston College. Additionally, Cather spent 13 years as a high school English teacher at Lincolnton High School. He holds a bachelor’s degree in secondary education from Concord University, a master’s degree in English Education from Gardner-Webb University and a Ph.D. in Curriculum and Instruction from the University of North Carolina at Charlotte.